The economic challenges of bitcoin 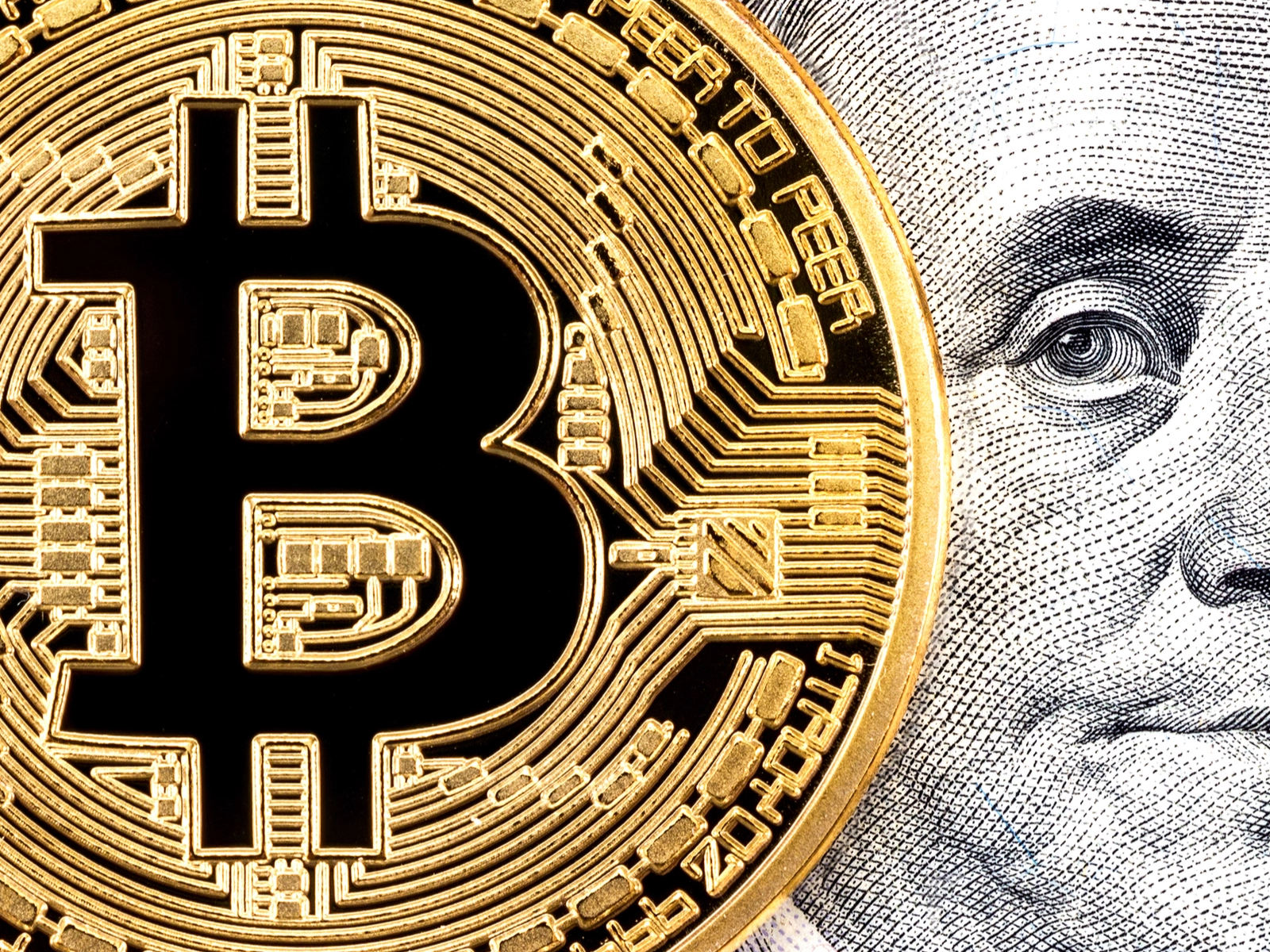 A crypto-currency such as Bitcoin has value only if it is considered a currency by all participants in the monetary system. It therefore needs to be rare, in the sense that it cannot be easily copied (a problem equivalent to that of counterfeit money, for traditional currencies).

This property is satisfied by the Bitcoin network, which guarantees the absence of double spending. In addition to this acceptance value, Bitcoin has value through various economic mechanisms related to the analysis of the supply and demand of Bitcoin. The supply of bitcoins

The issuance of currency on the primary market

The creation of bitcoins is determined by a mining process. Each mined block generates bitcoins. It is expected that the amount per mined block will be divided by 2 every 210,000 blocks to arrive at a total of 21 million bitcoin_s_ in circulation (excluding those lost). This monetary rule is controlled by a protocol that can be modified by the Bitcoin Foundation consortium, as we will see later. The monetary rule can thus be modified to meet fluctuating market conditions, at the risk of a hard fork.

Electricity is the largest component (over 90% by current estimates) of the total cost of a mining farm estimated the bitcoin grid consumption to be over 173 megawatts of electricity on a continuous basis. This was about 20% of the output of a nuclear power plant and $178 million annually (at the price of residential electricity in the United States). This may seem like a lot of money, but Pierre Noizat estimates that it is no more than the annual electricity cost of a global ATM (automated teller machine) network, estimated at 400 megawatts. If one includes the cost of manufacturing and putting into circulation the currency and bank payment cards, the electricity cost of the Bitcoin network is to be put into perspective.

However, this cost may rise significantly as the network grows. There is a negative externality of mining: each miner, when he invests in new hardware, increases his marginal income, but he also increases the overall cost of mining, because the difficulty increases with the number of miners and their computational capacity (hash-power).

Thus, for the bitcoin network, the difficulty of the cryptographic problem to be solved validated by a proof-of-work consensus increases with the overall hash-power of the network. There is therefore a risk of over-investment in mining capacity, as individual miners do not take into account the negative effect on the network as a whole.

It is important to note that increasing the difficulty of mining reduces the incentives to mine and increases the verification time, and thus the efficiency of the blockchain itself. This mechanism is reminiscent of the tragedy of the commons, where shared resources (in this case hash-power) wither away and are only maintained by a handful of farms and pools, thus negating the very principle of the public blockchain, which is intended to be decentralized.

There is therefore a risk that mining capacities will be highly concentrated in the hands of a small number of players, rendering the very principle of the blockchain obsolete. This trend is already noticeable today.

Ultimately, the supply of Bitcoins and thus the creation of money on the primary market depends on the cost of electricity and the difficulty associated with the mining process, as well as on the governance rules regarding the amount of Bitcoin generated per mined block.

The value of Bitcoin on the secondary market

Bitcoin can also be bought and sold on an exchange. The value of Bitcoin is then more like that of a financial investment, with players anticipating the prospects of gains and factors that may cause Bitcoin to appreciate.

The demand for crypto-currency stems from several user concerns that we detail below, starting with the positive factors and ending with the risks.

Governments are increasingly restricting the use of cash to show their fight against money laundering and the development of black markets. Cash is the only 100% anonymous payment method. Bitcoin and other crypto-currencies come in second place. Indeed, the pseudonymity system used by the bitcoin protocol makes it possible to hide the identity of people making transactions. On the other hand, some crypto-currencies, such as Zcash, go further and hide all meta-data of a transaction.

Why use an anonymous payment method? There are many reasons.

First, using a payment method avoids leaving traces that can be used for surveillance purposes by the government, employers and some companies (especially banks and insurance companies). For example, companies and banks practice price discrimination strategies that can sometimes backfire on consumers. Leaving a trail through payment can also lead to companies making more demands on customers for new commercial offers and targeted advertising that may be considered a nuisance by some.

Secondly, paying with an anonymous payment method also limits under-surveillance (or reverse surveillance) by relatives. This will be the case for a payment made from a joint account.

Fourth, like privacy, the anonymity of certain transactions (e.g., health products or hospital visits) helps to sustain trust in society and thus has economic value. Bitcoin, by allowing pseudonymity, therefore generates value through these different means.

Bitcoin appeared just after the financial crisis of 2008. This period was a testament to the power of governments and central banks to control cash withdrawals and capital in circulation. There are very few ways to escape these two institutional constraints. Bitcoin is one of them. Indeed, even if cash withdrawals are prohibited, bitcoin owners can still pay using their private key.

The level of security increases with the number of nodes in the network, as more computing power is required to compromise the security of the blockchain (through a 51%, double spending or denial of service (DOS) attack). Moreover, a DOS attack is all the more difficult to carry out because it is difficult to guess who the beneficiary is. So there are positive network externalities: the value of Bitcoin increases with the number of nodes participating in the network.

Indirect network externalities related to the means of payment

Bitcoin is a means of payment, just like cash, bank cards or Visa/Mastercard/American Express. Bitcoin can therefore be understood by the theory of multi-sided markets, which models situations in which two groups of economic agents benefit from positive cross-externalities. Indeed, when a consumer chooses a means of payment, he will be all the more satisfied if the latter is accepted by the merchant with whom he is making a transaction. Conversely, for a merchant, the more customers who have a payment method, the more attractive it is to offer it. Thus, the dynamics of multi-sided markets result in virtuous cycles that can have a slow start-up phase followed by a very rapid roll-out phase. If bitcoin were to experience such a phase, its value would enter an acceleration phase. A bitcoin bubble?

Among the factors reducing the demand for bitcoin, the risks related to regulation stand out. On the one hand, a government could require the reporting of capital gains generated by the purchase and sale of bitcoins. On the other hand, bitcoins can be used in regulated sectors (such as insurance or banking) and their use could therefore also be regulated. Finally, there is always the risk of losing the data on the hard drive where the private key is stored, and thus losing the associated bitcoins, or that a state imposes its access to private keys for security reasons.

However, the most important risk concerns the governance of the Bitcoin network.

Indeed, in case of disagreement on the evolution of the communication protocol, the network risks splitting into several networks (hard fork) with incompatible currencies. The most important question is related to the choice of the consensus rule for the validation of new blocks. A consensus on the consensus must be reached, which the technology alone does not seem to be able to provide.

The economic value of bitcoin depends on many positive economic factors that can take the crypto-currency into a phase of sustained growth that would justify the surge in its price on the exchange markets today. However, the risks associated with the governance of the network should not be overlooked as the trust in this new currency depends on it.